Mark Clement has an extensive background in the world of corporate finance and involvement in the launch and development of new companies. He has previously founded and developed 25 companies, the collective value of which is now worth over £1.75 billion.

Commenting on this appointment Jed Glanvill, founder glanvill&Co, said “I am delighted that Mark has decided to join. Having been involved in many successful new business start- ups, his advice, guidance and financial expertise will greatly help us fast track our development” 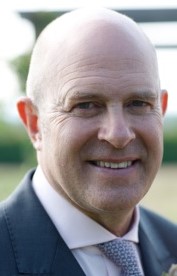